1998: Finalisation of draft National Art Gallery of Namibia (NAGN) Act in collaboration between Arts Association of Namibia (AAN) and the Government of Namibia (GRN).

2006: Formation and legal registration of Arts Association Heritage Trust (AAHT) which is the legal custodian of the Art Association of Namibia (AAN) collection and is therefore named the Arts Association Heritage Trust Collection (AAHT collection). The mission being to collect, preserve, study and exhibit and stimulate appreciation for and advance knowledge of works of art that collectively represent the broadest spectrum of human achievement at the highest level of quality, in all the service of the public and in accordance with the highest professional standards.

2021: Renovation of the newly acquired building starts in March.

If your question isn’t answered on this page, send an email to: administrator@naa.na and we will get back to you!

I am interested in exhibiting my work at the NAA. How do I go about this?
Artists interested in having a solo or group exhibition at the NAA need to submit an exhibition proposal. An open call for submissions is sent out in February, the NAA Selection Committee reviews all proposals in March and the exhibition programme is announced in April. Make sure to subscribe to our mailing list for announcements regarding the open call.

What are the costs associated with exhibiting at the NAA?
Most exhibitions at the NAA run for three weeks. If your exhibition is selected as part of NAA’s year program no fee is required. The use of the gallery is free to all members, subjected to availability but an administrative costs may apply. For more information please email developer@naa.na

What are the benefits of becoming an NAA Member?
Members enjoy the following benefits:
• Monthly newsletter
• Information sharing regarding local and international opportunities
• Invitations to all exhibitions, private views and openings
• Invitations to workshops and events
• Opportunity to use the NAA Library, Wi-Fi and office facilities
• A discount on venue rental for functions, events, and exhibitions
• Complimentary drinks at every event

Does the NAA rent the gallery space for events?
Yes. All four gallery spaces on the ground floor and the boardroom on the first floor in NAA building are available to rent for private events. The following costs apply:
• Gallery Space: N$ 300 per hour / per gallery
• Multifunctional Boardroom: N$ 500 per hour
Service packages are compiled on an individual basis. Members will receive a discounted rate.

What else is at the gallery?
The NAA is also a great place to find art books, postcards and art stationary. The Art Library is a free resource for everyone to find out more about art and the history of the AAHT collection. The gallery offers free internet access. The boardroom can be hired for corporate events and meetings.
The garden bistro is the ideal setup for a quick coffee.

How do I find out more about the AAHT collection? You can search information and view it online on this website or make an appointment to see the archive with the Development Officer. 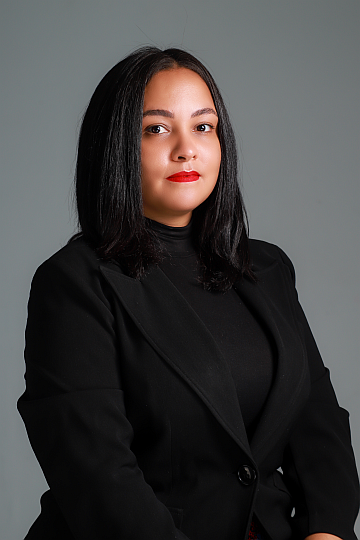 Jaimee-Lee Diergaardt is a multifaceted creative. A fashion designer, visual artist, art instructor, art and design teacher and an event planner. Jaimee-Lee is the owner of Something-Artsy, an independently operated art studio, offering art without rules, and an events company aimed at sparking creativity in a fun and interactive setting. She is passionate about the arts and has made it her mission to inspire others by fostering creativity. 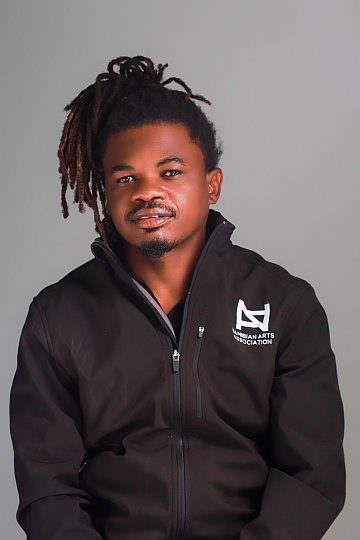 Actofel Ilovu is a Namibian artist. I was born and raised in Ondangwa. After the School, I moved to Windhoek to study art. He started from the college of the art in Windhoek, katutura where I did visual arts and graphic design. In 2014, I enrolled at The University of Namibia where I major in visual art and advertising. 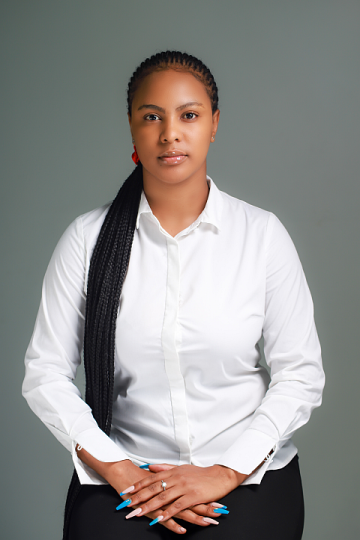 Bertha Shigwedha was born in Oshakati and raised in Windhoek and is studying towards an advanced diploma in Law. With a background in sales, she is currently the office administrator at the Namibian Arts Association and believes that the arts has enriched every part of her life.

[Board member, serving as chairperson and selected committees] 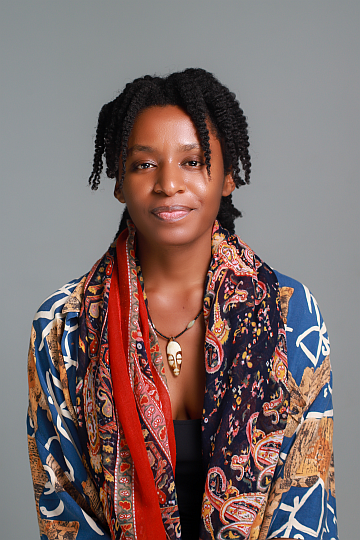 Her research interests are exploring the intersection of architecture, art and memory in forming public space/s, explorations of gendered spaces, spatial ownership and decoloniality in Namibia, and visual/photographic curatorial engagements and practice. She holds a Master of Technology in Architectural Technology Professional (Graduate School of Architecture University of Johannesburg 2017) and a Bachelors in Architectural Studies degree (University of KwaZulu Natal 2014).

[Board member, serving on HR and Marketing/Communication & PR committee] 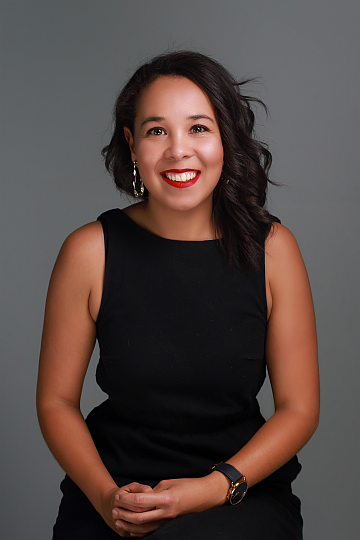 Laschandré Coetzee is a Communication Strategist and Social Designer based in Namibia. Her work largely centres around supporting 'high impact' clients, those who strive to play an active role in positive societal futures, in establishing and communicating their brand purpose to their communities. 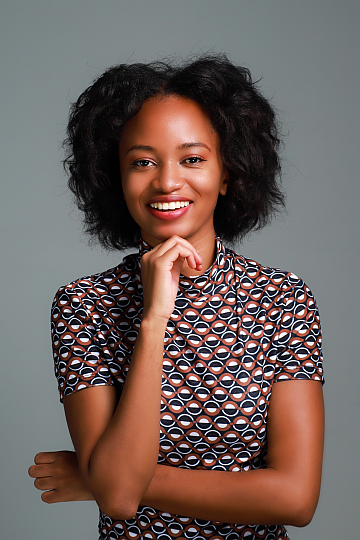 I seek art in everything I do and as i continue to search for deeper meaning, i find myself inclined towards the marriage of art and tech as well as art and the architecture. These partnerships of elements have evolved over the years and I am excited to see what the future holds for them with the hope to be a part of it too.

[Board member, serving on Program and Marketing/Communication & PR committee] 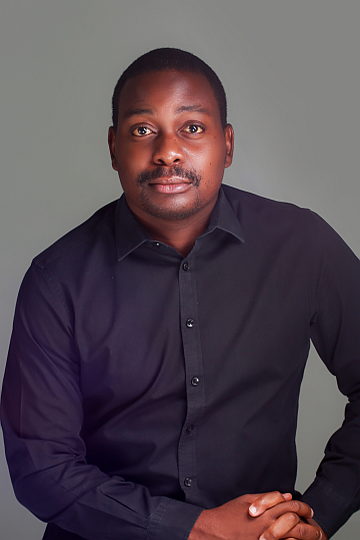 "An art maven who sees the importance of having true consumers of art at the helm of art organisation, Emmanuel Enkara has approached each art project & event with the advancement of the everyday artist in mind.

An owner of two organisations himself, Emmanuel involves himself in all forms of art, be it performance art, poetry, script writing, etc. His main objective is to elevate the standard of art to a higher level throughout the entire nation, in an equitable manner."

[Board member, serving as Vice-Chairperson and on acquisitions committee] 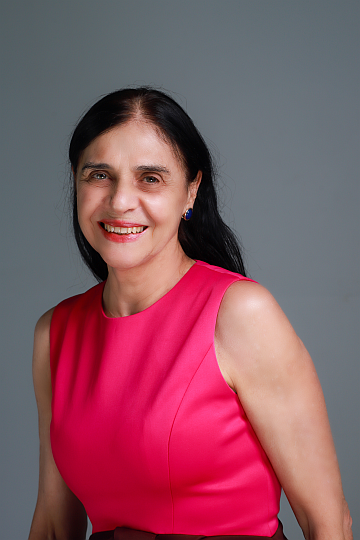 Born in Windhoek, Meryl began her career as a fine artist, having completed her BA (Fine Art) degree at the University of Cape Town’s Michaelis School of Fine Art where she majored in painting and silk-screening. After graduating, she worked in various artistic fields including textile design, graphic design, illustration and large-scale mural painting.

Additionally, she pursued a Higher Education Diploma at the University of the Witwatersrand, as well as a component in Glaze Chemistry and Ceramics at the University of Pietermaritzburg, and Production Pottery at the Durban Technikon. She is a known collector and supporter of the arts in Namibia. She contributes to individual artists as well as art institutions through the continuous professional development of lecturers and students.

Additionally, Meryl is the CEO of the Pupkewitz Foundation, the Corporate Social Investment arm of Pupkewitz Holdings. The spectrum of her artistic career is complimented by her work in the corporate world of governance, policy and compliance and has provided Meryl with unique experience which she brings to the NAA board.

[Board Member, serving as Treasurer and selected committees]

Tanja Lyhs is a businesswoman, interior architect, artist and entrepreneur. She has been a board member of the NAA since 2018 as well as the treasurer.

Tanja was the driving force behind the NAA taking the leap to securing a permanent space for the NAA collection and exhibition space. She is a strong advocate for the NAA be it their own collection or giving artist a platform to grow, expand and exhibit.

[Board Member, serving on acquisions and selected committees] 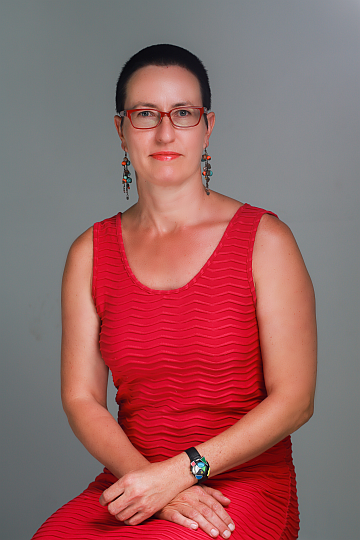 Ronja Lyhs is self employed as a sworn translator in the languages German, English and Afrikaans. Since a young age she has actively been participating in the visual and performing arts. Even though her work is mostly not art orientated, she has been involved with the NAGN and the NAA for the past few years. In 2018, she joined the NAA as a board member and has been actively involved in the change and upliftment of art in Namibia.

[Board Member, serving on Programs committees] 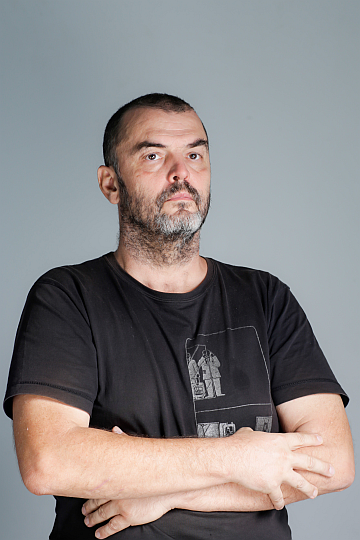 After having worked 20 years as the executive managing director of an architecture office in Europe, he in 2018 was able to put his expertise as an architect and town planner into practice for the Catholic Diocese of Daru-Kiunga, Western Province, Papua New Guinea.

As his experience in Papua New Guinea was extremely positive and fulfilling, he continued to work in countries in the Global South. Since the beginning of 2021, he started a new position as a technical advisor for the GIZ-ISUD project in Namibia (Inclusive and Sustainable Urban Development).

In addition to architecture, he studied art history and learned the trade of a metal founder in a Viennese Art and Aluminium foundry. An institution that has worked and casted sculptures for the most famous artists and sculptors in Austria.

He is enthusiastic about his profession and has always been interested in art and culture. In his understanding architecture is, besides the design of social spaces with the aim of improving living situations of the residents and users, over all the production of cultural values. Just as visual, applied, or performative arts are.
© - All Rights Reserved. Web Development by june25biz